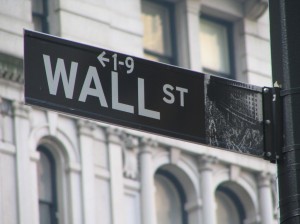 New York City was a Dutch settlement known as New Amsterdam in the Dutch colonial province called New Netherland during much of the 17th century. Through the Dutch West India Company, the Dutch utilized labor of enslaved Africans who were first brought to colony around 1627. The African slaves built the wall that gives Wall Street its name, forming the northern boundary of the colony and warded off resisting natives who wanted their land back. In addition, the slaves cleared the forests, built roads and buildings, and turned up the soil for farming. Slavery was not a phenomenon limited to the southern American colonies. Northern colonies, such as Boston and New York, participated in the trans-Atlantic slave trade. END_OF_DOCUMENT_TOKEN_TO_BE_REPLACED

Last week, Santorum made a racially charged comment that garnered a lot of criticism. Speaking to Republicans in Iowa, Santorum said his administration would cut welfare programs because they make people “dependent” on the government for help. His full statement was: “I don’t want to make black people’s lives better by giving them other people’s money. I want to give them the opportunity to go out and earn their money and provide for themselves and their families. The best way to do that is to get the manufacturing sector of the economy rolling.” END_OF_DOCUMENT_TOKEN_TO_BE_REPLACED