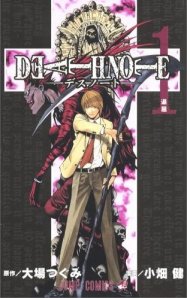 On May 29, 2012, the New York Times published a long report (based on interviews with three dozen current and former Obama administration advisers) revealing how President Obama personally authorizes every drone strike against individuals suspected of being terrorists. Every Tuesday, the President, with two dozen counterterrorism officials, pore over mug shots and biographies of each suspect. The goal of these meetings is to determine which of these suspects is enough of a national security threat to warrant kill or capture — of which, the New York Times puts it, “the capture part has become largely theoretical”. As I read the article, I couldn’t help but think of the popular Japanese manga “Death Note” (which also became an anime series, a live-action film, and was banned in China). “Death Note” is a perfect allegory for the insidious moral implications of Obama’s targeted killing policy. END_OF_DOCUMENT_TOKEN_TO_BE_REPLACED